See below this reflection for the Spanish translation. This month in our Foundational Book Group Series, we’re reading Part IV of Centering Prayer and Inner Awakening, in which Cynthia takes us into “the heart” of Centering Prayer—and into our own hearts. I’ll focus this reflection on chapters 11 and 12, as the teachings she offers here have been some of the most revolutionary in my own life of practice. In chapter 11, we’re invited into a way of “paying attention” that is not anchored in the mind, but that “makes its way along a very different pathway of knowing: different, but no less effective. It is called attention of the heart” (p. 116).

Cynthia traces this teaching back to Simeon the New Theologian (949-1022), who mapped three routes by which one might “put the mind in the heart.” The first is through the concentration of affectivity (through devotional practices, visualization, etc.), the second through “self-examination and the collecting of thoughts,” and the third—which most resembles the method of Centering Prayer—through what Simeon identifies as attention of the heart, which is cultivated “by the simple release of all that one is clinging to, the good things as well as the bad things” (p. 119). 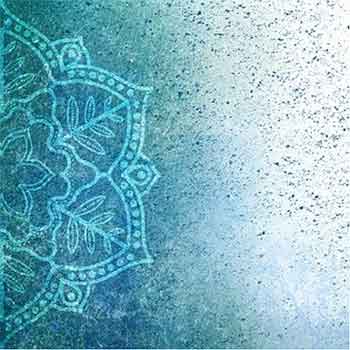 Cynthia distinguishes this from concentrative approaches to contemplative practice, which focus on the cultivation of “clear mind” by way of concentrated mental attention, and identifies this technique instead as a surrender method, which arrives not so much at clarity of mind as purity of heart, “by way of relinquishing the passions and relaxing the will.” Through the gentle letting go of, well, everything, “one simply entrusts oneself to the deeper level, which is not really ‘unconsciousness’ at all, but rather divine consciousness resonating in the heart as ‘the hidden ground of love’” (p. 120).

She then asks the question (which for me has been life-changing)—“If attention of the heart really exists as a distinct energy (not just a metaphor), where is it carried in the body?” (p. 121, emphasis added). Here we enter practice as visceral, physiological, embodied—this is not the realm of mental abstraction or metaphor but resonance and felt sensation.

As Cynthia has written elsewhere, “through the constant practice of the letting go, of the surrendering of thoughts—not for any reason other than the pure gift of surrender—something develops in us, in the solar plexus area that learns this gesture. And experienced practitioners of Centering Prayer rather quickly come to the place where they feel at the center of their being this tug, this visceral tug in the heart, this honing in on the Divine Presence. And it has nothing to do with thinking about it in the mind. It’s not in the mind. It’s totally visceral.

“But something, through the process of yielding, through the actual act of surrender, develops a very clearly magnetic center. And then you have your homing beacon in you and you can follow. You can follow reliably the Divine hologram, the pattern of your life as it unfolds from the point of God…”

We discover the heart as an actual embodied center of knowing, a new seat and center of selfhood, that is increasingly “magnetized” as we place attention there, or find it simply “dropping” there through the continual surrendering of thoughts. St. Theophan the Recluse, a Russian Orthodox monk formed in this practice, writes:

“Attention [placed in the heart] gives birth to warm tenderness of heart, which in turn increases attention. They grow in strength together, supporting each other. They give depth to prayer, gradually quickening the heart: banishing distraction and wandering thoughts, they bestow on prayer its purity” (The Art of Prayer, p. 124).

Far too often, contemplative practice has become a solely “neck up” affair—awareness anchored in the head, we say our sacred word in our heads, and attempt to let go of thoughts in our heads. Here, however, we’re invited to drop out of our heads, into our hearts and bodies, where thoughts begin to slow naturally and a new magnetic center of selfhood begins to grow. Again, Theophan writes: “When attention descends into the heart, it attracts all the powers of the soul and body into one point there. This concentration of all human life in one place is immediately reflected in the heart by a special sensation that is the beginning of future warmth. This sensation, faint at the beginning, becomes gradually stronger, firmer, deeper.” In other words, magnetic center begins to grow. Cynthia describes the development this way: “Your emerging magnetic center is increasingly recognized as the actual inner pulsation of a mutual yearning, yours for God and God’s for you. The center begins to quicken, to take on a life of its own. Not long afterward, you may begin to sense that center calling you even when you are not officially at prayer” (p. 122). Or, in other words, it begins as a place we go to, but gradually becomes the place we come from. Cynthia calls this new center, “your interior compass, the needle of your heart pointing to the magnetic north of God” (p. 123).

Significantly, this center of knowing is non-identified. When identity is anchored in the heart, it becomes non-identity. We know ourselves simply as loving awareness, as pure, spacious, heart-centered presence. This doesn’t erase the other dimensions of our finite selfhood (our labels, roles, and identities in time), but it does set them against a wider backdrop, placing them in proper perspective.

In chapter 12, Cynthia connects the cultivation of the heart, or magnetic center, with the development of an “inner observer” or “witnessing presence.” This is a dimension of self that “can watch what is going on without grabbing on to the contents or claiming the process for itself” (p. 128). This inner observer “is not carried in the conscious mind being conscious of itself, but lower in your being, in magnetic center.” It’s here, from the viewing platform of the heart, that Presence or Being looks through us—and holds everything it sees in unjudging love.

This inner observer, anchored in the bridal chamber of the heart, is “there to connect the two worlds in you. It is not, as frequently assumed, a way of bailing out of your small self into your larger self, escaping the horizontal axis of your being in favor of the vertical. Rather, it lives at the intersection of the two axes, and its purpose is to bring them into meaningful alignment. … What is intended is a marriage of the two, so that the lower with its essential uniqueness and the higher with its transpersonal brilliance comes together as a true individuality” (p. 130).

We discover the heart as an intertidal zone, where the finite opens to the Infinite, and the Infinite moves into expression through the finite. As we move more deeply into the heart, we find that there is in fact no place where “I” end and “God” begins, but rather that the two wash into each other as one—each human heart a single, unique, flaring-forth of the one Heart of God.

When the heart becomes the seat of our inner observer, because of its nature as threshold or bridge, our witnessing presence can never lead to spiritual dissociation or bypassing: “Because of its primary function as connection, then, the witness is not about dissociation. It is not about ‘making a religion of one’s better moments,’ using the higher self to suppress the lower self. … It is not a matter of replacing negative emotions with positive ones—only of realizing that through magnetic center, presence can be sustained regardless of whatever inner or outer storms may assail you.”

In chapter 13, Cynthia then introduces the Welcome Prayer/Practice, which helps us carry this new center into the inner and outer storms of daily life (and which, as an awareness practice, complements the surrender practice cultivated in Centering Prayer); chapter 14 offers a meditation on “Centering Prayer and Christian Life”; and then the book concludes with a beautiful Epilogue summary titled “The Way of the Heart” (which is worth returning to again and again).

As I come back to these chapters now after several years, I’m bowled over by how deeply Cynthia’s teachings on the heart have been present all along. I have to admit that I didn’t remember these teachings being so fully developed in this book from my first reading of it a decade ago, and I imagine that’s simply because I hadn’t actually experienced very much of that to which these words pointed. When I returned to the book a few years later, having become a bit more acquainted with my own heart, I was deeply moved by these teachings. Returning to these same words again for this study, they now light up for me like the magnetic center of the book itself, heart recognizing heart. This is what it’s all about—what it’s always been all about! Thank you, Cynthia. 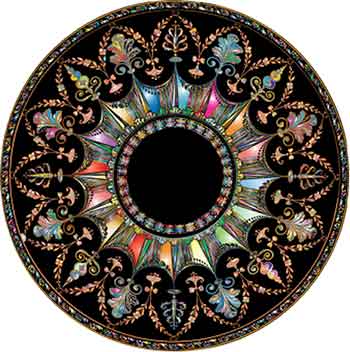 Matthew Wright is an Episcopal priest, writer, and retreat leader working to renew the Christian Wisdom tradition in a wider interspiritual context. He serves as priest-in-charge at St. Gregory’s Episcopal Church in Woodstock, NY and is a teacher for Northeast Wisdom and The Contemplative Society. Matthew is also a decade-long student of the Mevlevi Sufi tradition under the guidance of Shaikh Kabir and Camille Helminski. He lives with his wife Yanick, alongside the brothers of Holy Cross Monastery in West Park, NY.

All photos are courtesy of Pixabay.

Spanish Translation: Our sincere thanks to Marcela Huepe from Santiago, Chile for providing this translation.

A monthly series of posts from the friends and leaders of the Northeast Wisdom/Wisdom Waypoints Book Circle Series on: Centering Prayer and Inner Awakening by Cynthia Bourgeault.