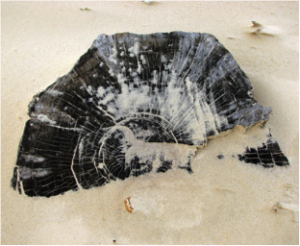 Structures of consciousness have their own life cycles. When a new structure bursts definitively onto the stage of history, it is typically at its most vital and creative, filled with powerful constellating energy and psychic force. It will quickly establish itself as the new culturally dominant structure. When the structure enters its deficient mode (typically toward the end of its era of cultural hegemony), it tends to become stale and increasingly rigid, fixated around its own worse habits.

In Gebser’s analysis, the turbulent social upheavals that erupted full force in the early twentieth century and have continued more or less unbroken right into our own times can be attributed in large part to the phase of the cycle now playing out: the mental structure of consciousness in its deficient mode. The good news is that this turmoil is in fact a birth canal, and the contractions we are collectively anguishing through are indeed the birth pangs of the rising aperspectival structure making its presence powerfully known. The bad news is that labor is bloody hell.

When the mental structure becomes deficient, it displays two signature—seemingly contrary—tendencies: it totalizes, then it splinters.

We started to explore Gebser’s understanding of “totalizing” a couple of posts ago. What this means, essentially, is that the perspectival viewing platform is by definition a sectored reality; by its own governing convention, it can only let you see a part of the picture. When the mental structure enters deficient mode, this inherent limitation is forgotten (or overridden) and the partial view begins to mistake itself for the whole. Paradigms multiply, sometimes dizzyingly, along with the telltale siren call toward meta-synthesis: a “grand theory of everything” that engulfs all paradigms, all components, all “quadrants” in a single comprehensive overlay. The naming and articulating goes on compulsively and at breakneck speed as if, in some sort of magical reversion, we’ve allowed ourselves to believe that by correctly framing the situation, we have everything under control.

Of course, it’s a bit like rearranging the deck chairs on the Titanic even as the dark waters reach up to engulf us. Because that’s what the mental structure really is: simply a deck on the great ship of Being. The frenzied mental manipulation of reality remains at the mental plane, firmly imprisoned within the perspectival seeing that gave rise to it in the first place. What is needed, says Gebser, is not synthesis but syntaxis: a whole new way of seeing, from a place far deeper within us. volutions?), we see an increasing proclivity to objectify, quantify, and commodify, and a sharp increase in categorical thinking and the use of pseudo-scientific predicative capacities applied across whole blocks of people. There is a growing willingness to sacrifice the person to the paradigm, disallowing for individual variations in favor of paradigm consistency. The temperature of moralism and judgmentalism rises steadily as the embattled mental structure collapses toward a “universal intolerance” (as Gebser bluntly names it).

In one of his most piercing analyses, Jeremy Johnson comments perceptively on the underlying psychic anguish driving the increasingly intransigent cultural acting out:

On a perspectival plane, the event horizon is the end point for the eye that perceives it. If the spatial self—the waking ego—in a material world is all that we are, then of course we are terrified by the thought of it coming to an end. ‘The deeper and farther we extend our view into space, the narrower is our sector of the visual pyramid,” Gebser writes, speaking of a “universal intolerance” beginning to manifest itself in the twentieth century. “He sees only a vanishing point lost in the misty distance…and he feels obliged to defend his point fanatically, lest he lose his world entirely.”
Seeing Through the World (pg. 55)

From here, the initially puzzling morphing of totalizing synthesis into splintering is not hard to follow. The perspectival world is already founded on the principle of segmentation, the deliberate cordoning off of a smaller subset of the whole in which the rules can be made to hold sway. Under stress, the same principle is simply extended more insistently: if you can’t bend the whole world to your point of view, simply create a smaller world! Hence the emergence of siloes, identity politics, political correctness, and “the post-truth world” as under the banner of “co-exist!” the overwhelmed mental structure of consciousness abdicates its fundamental responsibility to make moral sense of the world. “The endgame of perspectival consciousness in in its deficient phase is infinite fragmentation,” writes Jeremy Johnson—“and therefore the shattering of space itself” (pg. 54). That “space” is our formerly ordered and coherent universe.

Johnson rightly takes Ken Wilber to task for coining the phrase “aperspectival madness” to describe the postmodern condition “where all views are correct and no views are wrong.” For Gebser this phrase would be an oxymoron if not an outright insult, because the aperspectival is irreducibly about coherence, not about madness. Whatever “Integral” may imply vis a vis a structure of consciousness (and we will venture into that terrain shortly), aperspectival does not—repeat, does not—equate to an intellectual laissez-faire in which a broad-minded (or indifferent) tolerance for other points of view equates to the attainment of an enlightened “nondual” state. Quite to the contrary, according to Jeremy, “…the so-called postmodern age in many respects is merely the perspectival age wrought to its outermost limit: the atomization of all perspectives into their own world-spaces and the utter success of ratio to divide the world up, not into organic difference, but a shattered aggregate of points of view” (pg. 54). Been there, done that. With shattered hearts and perhaps authentic remorse of conscience, we must prepare to leave the battlefield behind and find our way, once again, toward that ever-present wellspring which even now is flowing powerfully beneath the wreckage as the world stage readies itself to receive the new unfolding. Blessings and thanksgivings, one and all!